Ireland [Ірландія] – the second largest island of the British Isles, lying to the west of the island of Great Britain. 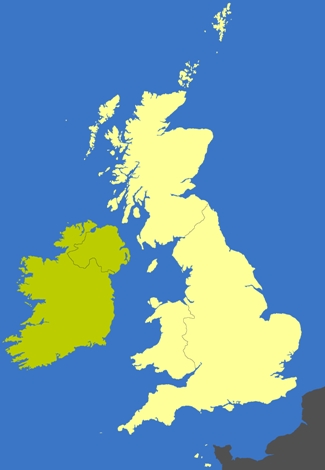 The name Republic of Ireland, introduced in 1949 as the description of the sovereign state, is often used to distinguish the latter from the island of Ireland, and from Northern Ireland.