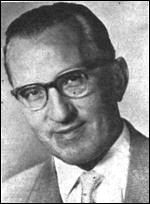 In 1926 Wolynec graduated from the Ukrainian gymnasium secondary school for Boys in Peremyshl. He studied medicine at the Jagiellonian University in Kraków where, in 1931, he received a doctorate. In 1932-39 he worked as a general practitioner in state-run clinics in Kraków, and was also an active member of the Ukrainian community in Poland. On 21 May 1938 he became head of the Kraków branch of the Lviv-based Ukrainian Society for the Promotion of Hygiene. At the beginning of the Second World War he returned to his home village in the Lemko region. In 1939-40 he ran his own private medical practice in Horlytsia (Gorlice, south-eastern Poland). From the autumn of 1939 he was an active member of the town’s Ukrainian Committee, which later became a branch of the Ukrainian Relief Committee in Jasło. In 1940 he was arrested by the Gestapo and imprisoned in the Auschwitz concentration camp, and later, from 1944, in the Sachsenhausen camp. On 19 March 1945 he was sentenced to death but managed to escape with the help of a German doctor in the camp administration.

In 1946 he emigrated to Italy from where, in the same year, he came to England. In London he took a postgraduate course in forensic medicine and hygiene and, in 1948, obtained a licence to practise. He worked intially as a therapeutic practitioner and obstetrician (under the supervision of Dr. Stanisław Jaklinski from Jasło). Later he underwent specialist training in medical psychology and began to work in the department of neurology at the Tavistock Clinic in London. In addition to his work for the National Health Service he also ran a private practice until his retirement in 1977. He was a member of the British Medical Association and the Royal College of Obstetricians and Gynaecologists. In 1947-48 he was a member of the executive committee of the Association of Ukrainians in Great Britain. In the 1950s and early 1960s he was head of the émigré Ukrainian Socialist Party, which he also represented in the UK Representation of the Ukrainian National Council's Executive Body. He was a member of the British Labour Party, and founder of a Ukrainian section within the Transport and General Workers’ Union.

He made a number of large donations (together with his wife Iryna, née Hlubotska) in support of Ukrainian causes: Yosyf Slipyi Patriarchal Fund, monastery of the Studite Fathers in Rome, publication of the Ukrainian encyclopaedia Entsyklopediia Ukrainoznavstva (1984) and the Ukrainian Research Institute at Harvard University (1982). In July 1952 he published an article on the history of the Ukrainian trades union movement in the Vilnyi ukrainskyi robitnyk journal (Paris).