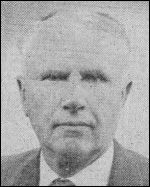 After attending a gymnasium secondary school in Oleksandriia (in present-day Kirovohrad oblast of Ukraine), from 1913 to 1917 Fedenko studied history and classics at the Imperial Institute of History and Philology in St. Petersburg (in 1914-1924 – Petrograd). In 1915 he became a member of the Ukrainian Social Democratic Workers’ Party (USDWP) and co-editor of its biweekly publication Nashe zhyttia (Our Life; 1915-1917). In June 1917, after the February Revolution, he returned to Ukraine, and was politically active in the Ukrainian Revolution of 1917-1920: he was a member of the Ukrainian Central Rada (1917-1918), editor or co-editor of several USDWP periodicals, a member of the USDWP Central Committee (from January 1919), a delegate to the Labour Congress of Ukraine (January 1919), deputy minister of information in the government of the Ukrainian People’s Republic, or UNR (from the autumn of 1919), a member of the Central Ukrainian Insurgent Committee (established in September 1919 in Kamianets-Podilskyi), a political liaison officer attached to the UNR Army (from December 1919), and author of resolutions of the Labour Congress and various declarations issued by the UNR government. From July to December 1920 he carried out clandestine political campaigning on behalf of the USDWP Central Committee in Bolshevik-occupied regions of Ukraine. In 1921 and 1922 he lived mainly in Lviv, before moving to Berlin in November 1922.

In the spring of 1923 Fedenko moved to Prague where, from 1925, he lectured on the history of Ukraine at the Ukrainian Higher Pedagogical Institute. In 1934 he became a reader (docent) at the Ukrainian Free University. He also taught history and Latin at the Ukrainian Gymnasium in Czechoslovakia, presented papers at meetings of the Ukrainian Historical and Philological Society, wrote articles for the Ukrainian General Encyclopaedia published in Lviv in 1930-1933, and was a member of the Union of Ukrainian Journalists and Writers Abroad. As a representative of the USDWP he was a member of the executive committee of the Labour and Socialist International and participated in its congresses. His activities in this arena included the dissemination of information on the 1930 Pacification in Galicia and the Holodomor famine of 1932-33 in Soviet Ukraine, and the denunciation of the dictatorship of the regime in the Soviet Union. In April 1945, with the advance of Soviet forces towards Prague, he moved to Germany, and subsequently settled in Augsburg. In July 1848 he represented the USDWP at the inaugural session of the Ukrainian National Council (UNC), and in March 1950 was elected general secretary of the Ukrainian Socialist Party (USP), formed through the amalgamation of the USDWP and three other socialist parties.

In November 1951 Fedenko moved to the United Kingdom and settled in London. He became a co-founder and leading figure of Our Word Publishers, and editor of Nashe Slovo (Our Word), a socialist-leaning periodical published in London from 1952 to 1958. He wrote three books which were published by Our Word Publishers in the 1950s: a historical novel entitled Nesmertelna Slava (Immortal Glory, 1953; under the pseudonym Vasyl Tyrsa), Isaak Mazepa: Borets za voliu Ukrainy (Isaak Mazepa: Fighter for the Freedom of Ukraine, 1954), and Ukrainskyi rukh u XX stolitti (The Ukrainian Movement in the Twentieth Century, 1959). He also wrote articles and other works which were published in the 1950s by the Munich-based Institute for the Study of the USSR, for example Ukraina pislia smerti Stalina (Ukraine After the Death of Stalin, 1956), Mykola Skrypnyk: yoho natsionalna polityka, zasud i reabilitatsiia (Mykola Skrypnyk: His Nationality Policy, Condemnation and Rehabilitation, 1957). He represented the USP in the UNC and in congresses and conferences of the Socialist International (formed in 1951 as a successor to the Labour and Socialist International).

In 1959 Fedenko returned to Germany and for the remainder of his life lived in Munich. He continued to write various works which were published mainly by the Institute for the Study of the USSR and Our Word Publishers (relocated from London to Munich in the 1960s). In particular, he contributed to the Nashe Slovo periodical published in Munich from 1970 to 1980. He continued to represent the USP in the UNC (to 1967) and in the Socialist International. In the 1970s he lectured on the history of Ukraine at the UFU in Munich, initially as a visiting professor (1973-1976) and subsequently as a full professor (1977-1980).

In addition to the above-mentioned titles, Fedenko was the author of many other scholarly, journalistic and fictional works, often under pseudonyms or anonymously, including: Z dyplomatychnoi diialnosty Danyla Hreka (On the Diplomatic Activity of Daniel Oliveberg de Greacani; Prague, 1929), Politychni pliany Yana Amosa Komenskoho ta Ukraina (The Political Plans of John Amos Comenius and Ukraine; Prague, 1932), Istoriia sotsiialnoi i politychnoi borotby v Ukraini (A History of the Social and Political Struggle in Ukraine; Lviv, 1936), Sotsiializm davnii ta novochasnyi (Socialism – Its Past and Present; Munich 1968).