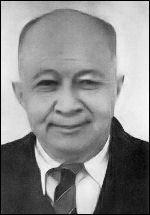 Margolin obtained a degree in law from Kyiv University and practised as a lawyer in Kyiv. Prior to the 1917 February Revolution in the Russian Empire he was Secretary General of the South Russian Branch of the Union for the Achievement of Equal Rights for Jews and a leading member of the Jewish Territorialist Organisation in Russia. In 1918 hе was appointed to the Supreme Court of the Ukrainian People’s Republic (UNR) and subsequently to the State Senate of the Ukrainian State. After the restoration of the UNR at the end of 1918 he became Assistant Minister of Foreign Affairs and a member of the Ukrainian delegation to the 1919-20 Paris Peace Conference.

In May 1919 he visited London to establish contacts with the Foreign Office pending the arrival of the London diplomatic mission of the UNR. In November 1919 he was appointed to succeed Mykola Stakhovsky as head of the diplomatic mission in London, and on 29 January 1920 he arrived in London to take up his post. On 16 July 1920 he tendered his resignation, believing the mission no longer served a useful purpose, since it had become clear that Britain was unwilling to lend active support to the Ukrainian national movement. In the middle of August his resignation was accepted, but he was asked to continue for a few months in the capacity of legal adviser to the UNR Ministry of Foreign Affairs in matters relating to contacts between the UNR and the newly-created League of Nations. Together with the new head of the London mission Jaroslav Olesnitsky he prepared a case for the admission of the UNR to the League. Early in 1921 he resigned from this post.

In 1922 Margolin emigrated to the USA where he practised as a lawyer and lectured in history at several universities. He was active in several Ukrainian émigré scholarly institutions and promoted Ukrainian-Jewish mutual understanding. He was the first president of the Ukrainian Technical Institute in New York (1954-55) and professor of law at the Institute (1954-56). His many publications include: The Jews of Eastern Europe (1926), From a Political Diary: Russia, the Ukraine, and America – 1905-1945 (1946), Ukraine and Policy of the Entente (1977).