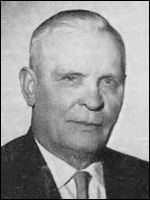 Bazylewskyj studied at a secondary school in Lubny and then at the Chuhuiv Infantry Cadet Corps, near Kharkiv, from which he graduated at the beginning of 1916 with the rank of ensign in the Imperial Russian Army. From July 1916, in the First World War, he served on the front line. By the end of his service in the Russian army he had risen to the rank of staff captain. After the fall of the Russian Empire in March 1917 he took part in the movement for the formation of Ukrainian national units within the former Imperial Army, was a delegate at the First All-Ukrainian Military Congress in Kyiv (18-21 May 1917) and joined the Army of the Ukrainian People’s Republic (UNR). Between 1918 and 1920 he commanded various companies and battalions in the UNR Army, reaching the rank of lieutenant colonel, and in March 1919 was wounded in battle against Bolshevik forces.

After the westward retreat of the UNR Army in November 1920 he was interned by the Polish authorities, with the army’s 3rd Division, in a camp near Kalisz, Poland. For a time he was head of the camp training school for non-commissioned officers of the 3rd Division. He was also active in the All-Ukrainian War Invalids Association and the Saints Cyril and Methodius Orthodox Brotherhood, and was a member of the camp amateur theatre group and officers’ choir. After the closure of the camp in 1924 he remained in the Ukrainian community (Ukrainska Stanytsia) established on part of the former camp territory. He later moved to Białystok where he was active in the local branch of the Ukrainian Central Committee in Poland.

Following the autumn 1939 Soviet occupation of eastern Poland, in March 1940 Bazylewskyj was arrested by the Soviet authorities, and in January 1941 he was sentenced to a term of eight years and sent to a forced labour camp at Vorkuta (Russia). After the signing of the August 1941 Polish-Soviet agreement on the creation of a Polish army in the USSR (the “Anders Army”), in September 1941 he was released and joined the army. In March 1942 he was relocated with the army to Persia, and then, in the second half of 1943, to Palestine (under the British Mandate). There he was released from the army and settled as a civilian in Jerusalem. He organised a Ukrainian Committee, which brought together several dozen Ukrainians living in various places in Palestine, and was its head. From 1946 he acted as a liaison between the Ukrainians in Palestine and the Association of Ukrainians in Great Britain, and also maintained links with Ukrainian organisations in Canada and the USA. In January 1948 he was captured and held by Jewish nationalist paramilitaries, but was freed by British soldiers, after which he moved to Lebanon.