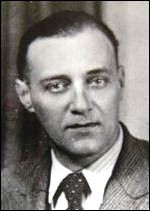 Paramonov was born into the family of a Ukrainian forester (manager of the forest enterprise at Akerman; now Bilhorod-Dnistrovskyi, Odesa oblast). He graduated from the Chornyi Lis School of Forestry in the Kirovohrad oblast. Subsequently, he worked in the forest management sector of the Ukrainian SSR, initially as a specialist in forest amelioration at the Darnytsia forest research station near Kyiv. After the formation, in March 1930, of the Ukrainian Scientific Research Institute (SRI) of Forest Management (which, in 1931, became the All-Union SRI of Forest Management and Agroforest Amelioration) he became a senior research fellow at the forest conservation department at the Institute, specialising in forest entomology. He surveyed forests in the Petrivske forest enterprise, Kharkiv oblast (1930), and in the Kremenchuk area, Poltava oblast (1930, 1934). In 1931 and 1933 he took part in expeditions to the Northern Caucasus, and in 1932 conducted research in the Odesa region, Moldavia and the Crimea. In 1937 he gained an external degree (with distinction) from the Leningrad Forestry Academy (now the St Petersburg State Forestry Academy). He was a senior forest pathologist at the Ukrainian SSR state forest management service, a reader (docent) at the Kyiv Institute of Forest Management, an external research fellow of the All-Ukrainian Academy of Sciences, and a senior research fellow of the Ukrainian Central Forest Research Station. He discovered a method of combating pine silkworm in conifers using aerial chemical spraying, which he tested in 1939 in the forests of the Chernihiv region. He published four papers in the Journal of the Zoological Museum of the Ukrainian SSR Academy of Sciences (1934-36) and contributed to the Lesnoe Khozyaistvo journal (1940, 1941).

During the Second World War (probably in 1943) he was forced to leave for Germany. At the end of the war he was living in a displaced persons camp in Bavaria. In 1945 he became a Corresponding Member of the Scientific Research Section of the Ukrainian Technical and Husbandry Institute (UTHI) in Regensburg, with which he collaborated for the rest of his life (while he lived in Germany and after leaving the country): he became a docent of the UTHI in 1952 (from which time it was based in Munich), and a professor in 1961. In January 1947 he moved to Korbach (Hesse region of Germany) and for almost two years worked as a forest engineer at the University of Göttingen Institute of Forestry.

In November 1948 Paramonov moved to the United Kingdom. Until the end of 1951 he lived in Keighley, West Yorkshire, and was employed in various posts. In early 1952 he began to work at the Forestry Commision’s Forest Research Station in Farnham, Surrey, where he became a senior research assistant in the forest entomology laboratory (until the end of February 1964). During this period he co-authored four academic papers in the Forestry Commission Report on Forest Research (1957, 1962) and The Entomologist’s Monthly Magazine (1959, 1962). Continuing his collaboration with the UTHI Scientific Research Section, he published several papers in the Institute’s journals Naukovyi Biuleten UTHI (1952, 1953) and Naukovi Zapysky UTHI (five issues in 1962-1966). In 1954, while living in the UK, he became an external associate of the Munich-based Institute for the Study of the USSR. He published numerous papers on forestry research in the Institute’s journals: Biulleten Instytuta (1954), Vestnik Instytuta (1955; 1956; 1957; 1959; 1960), Ukrainskyi Zbirnyk (1957), Ukrainian Review (1957), Caucasian Review (1957, 1959), Belaruski Sbornyk (1958), Belorussian Review (1960), and Studies on the Soviet Union (1962). He also wrote a reference book on the Aerial control of forest pests in the USSR (published in Russian in 1959 in Munich, and in English in 1963 in the USA), two papers for the Ukrainskyi lisnytskyi almanakh, 1946-1956 (New York, 1958) and a German-English Dictionary of Forest Management (unpublished).

In the spring of 1964 Paramonov left the UK for Venezuela where, until the summer of 1966, he held the chair of forest entomology in the Faculty of Forestry at the Universidad de los Andes in Mérida. In 1965 he co-authored five papers: four in the Revista Forestal Venezolana and the Boletín del Instituto Forestal Latinoamericano de Investigación y Capacitación, and one in the Transactions of the South London Entomological and Natural History Society. At the end of June 1966 (owing to ill health) he returned to England.

His main academic interests included forest conservation, combating tree pests and parasites, and the state of forest management in various parts of the former USSR. He also published several articles of general interest on a variety of topics (including musical instruments, the UTHI, the epic poem Slovo o Polku Ihorevim, a sixteenth century map of Ukraine, battles of the Polovtsians, and Slav armies of the tenth-twelfth centuries). These appeared in the Ukrainska Dumka (1955-1959) and Ukrainski Visti (1962)newspapers, and in the following journals: Naukovyi Biuleten UTHI (1952), Visti UTHI (1953), The Ukrainian Review (London, 1958), Surmach (1962) and Naukovi Zapysky UTHI (1962).