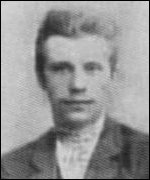 In the early years of the twentieth century Stepankowsky was active in the clandestine Revolutionary Ukrainian Party and its successor, the Ukrainian Social Democratic Workers’ Party, and this led to his imprisonment in 1906. Released on bail in the following year, he travelled to Lviv in the Austro-Hungarian province of Galicia, from where he emigrated to Geneva. Later he moved to France and then to London. From Western Europe he contributed to various Ukrainian publications including the Rada (Kyiv) and Dilo (Lviv) newspapers. In March 1911 in Lviv he took part in a meeting, attended by several Ukrainian political émigrés from the Russian Empire, at which plans for the organisation of émigré activities in support of Ukrainian independence were discussed.

From 1911 to 1914 in London Stepankowsky promoted the cause of the Ukrainian national movement, writing articles to the British press and publishing pamphlets such as The Russian Plot to Seize Galicia (Austrian Ruthenia) (London, 1914) and The Ruthenian Question. An exposé (London, 1914). In May 1912 in London he became acquainted with the writer George Raffalovich whom he introduced to Ukrainian affairs and with whom he subsequently initiated the founding of the Ukraine Committee.

In 1914, after the outbreak of the First World War, Stepankowsky left London for Vienna. In the following year he moved to Lausanne, Switzerland, where he co-founded a Ukrainian information bureau which published L’Ukraine (1915-1920), a French-language newspaper on Ukrainian affairs, and, from time to time, an English-language version, The Ukraine. In 1915-1917 Stepankowsky was engaged by the German Embassy in Switzerland to provide reports on political developments in Russia, with which Germany was at war. His contacts also included a British journalist, Herbert White, through whom he passed similar information to the British Embassy. In July 1917 he travelled via Germany and Sweden to Russia, intending to make a first hand assessment of the situation regarding the Ukrainian movement. However, he was arrested in Petrograd and released only after the November Bolshevik uprising.

In November 1917 he returned to the UK, where he had meetings with senior Foreign Office and intelligence officials aimed at persuading the British government to lend support to the newly proclaimed Ukrainian People’s Republic. In January 1918 he travelled to Switzerland and then to Ukraine, where he witnessed the coup d'état which established the government of Hetman Pavlo Skoropadskyi. In July 1918 he finally left Ukraine for Switzerland, from where he made another unsuccessful attempt to secure British recognition of Ukraine’s independence. Stepankowsky’s last appeal to the British Foreign Office was made in October 1920. In October 1929 he emigrated to the USA.